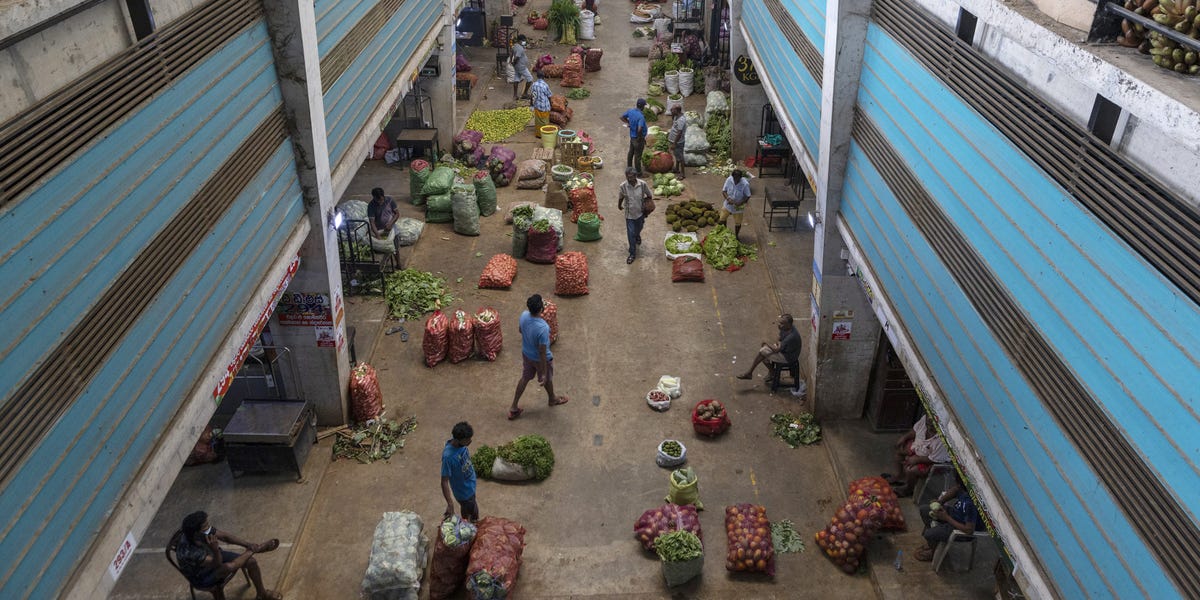 We are in a global food crisis, and it will have disastrous effects on our lives

In India, the price of lemons has exploded. Jollof rice has become so expensive in Nigeria that people are skipping meals. In Mexico, avocado prices have jumped, making it a luxury few can afford. Florida orange groves are producing the lowest amount of fruit in years. And in Japan, a salmon shortage is hitting the sushi business.

Zoom out and it’s clear: a food crisis is unfolding around the world, with prices soaring everywhere. And when that happens, everyone feels the pain. People can cut back on movie watching or even driving when ticket or gas prices go up, but everyone needs to eat.

The crisis – which has been brewing for a long time, but came to a head with Russia’s invasion of Ukraine – is already having profound effects. In Peru, protests over soaring food and fuel prices turned deadly in April. Sri Lanka’s government collapsed and its president was ousted in July as people took to the streets to demonstrate over shortages of food, fuel and medicine.

Unless urgent action is taken, experts warn the crisis could have disastrous global consequences. In some countries, changes in food availability could alter centuries-old recipes and customs. Civil unrest could spread, fueling instability and even war in some of the world’s poorest regions. A breakdown in food systems could lead to huge waves of migration.

“A food crisis is a price crisis”

World food prices jumped following the Russian invasion of Ukraine in late February. In the United States, prices jumped 10% year-on-year in May, the biggest increase since 1981, and hit a record 8.9% in the euro zone. Globally, things are even worse: the UN’s World Food Price Index jumped 23% year-on-year in June. Simply put, more and more people are struggling to afford food.

“A food crisis is a price crisis,” Chris Barrett, an economist and food policy expert at Cornell University, told Insider. He said its implications are widespread and touch every person’s life, even if they don’t immediately realize it.

The warnings from world organizations are growing louder and more desperate. According to the United Nations World Food Programme, 50 million people around the world are on the brink of starvation and at risk of tipping over, with the WFP director calling it an “imminent hunger catastrophe”.

“It’s really a bunch of crises that come together”

Russian President Vladimir Putin’s invasion of Ukraine has pushed the global food system to breaking point. Before the war, Russia and Ukraine together accounted for 30% of wheat traded worldwide, 20% of corn and 70% of sunflower supplies, according to the WFP.

The war didn’t just devastate the farms. Putin’s troops have blocked Ukraine’s Black Sea coast, preventing vital agricultural products from leaving the country. Meanwhile, the conflict and resulting Western sanctions against Russia have caused energy costs to skyrocket, with oil prices up more than 40% this year, which in turn is making drive up the cost of fertilizer.

“This problem could easily be extended into next year, because if you are a Ukrainian producer and your domestic price is, say, half of what it is on a global basis, your incentive or ability to planting the next crop has been reduced largely due to low margins because you’re still paying high prices for inputs,” Wayne Gordon, senior commodities strategist at UBS, told Insider.

If the war in Ukraine triggered the crisis, other factors have long been bubbling. Climate change, the COVID-19 pandemic and the growing number of conflicts around the world have strained the global food system in recent years.

The warning signs existed long before the Russian invasion – and can largely be attributed to the climate crisis. In 2011, for example, the Black Sea region suffered a severe drought which caused a spike in food prices, particularly wheat. Many analysts have said this contributed to the unrest that sparked the Arab Spring. Samuel Tilleray, sovereign credit analyst at S&P Global Ratings, told Insider that “there are clear parallels today” with that 2011 drought.

Greenhouse gas emissions have triggered unpredictable weather patterns, and a UN report last year found that by the end of the century up to 30% of current agricultural land could become unsuitable to culture.

This is something the world is already seeing now. A severe drought limited wheat production in major producing states like Kansas, and cooking oil prices soared globally, thanks to drought in South America which limited soybean production .

The pandemic hasn’t helped much either. Cornell’s Barrett said governments around the world were “trying to revive economies battling the brunt of the pandemic”, but supply chain disruptions were rampant and oil and ocean freight prices were soaring. As a result, he said, supply was not keeping pace with demand and prices continued to rise.

“Things were already very tense, and now we are facing even greater tension,” said Annabel Symington, World Food Program spokesperson on the global food crisis. “It really is a bunch of crises coming together.”

The crisis affects you

Food is a key part of the culture of any community. When this item becomes rare – or is removed altogether – civil unrest can occur. In 2008, the international price of wheat doubled, as well as that of milk and meat, which led the main producers to ban exports to guarantee the supply of national populations.

In Morocco, 10 people died in 2008 protesting food shortages, triggering a wave of strikes and protests. In Bangladesh the same year, 10,000 workers rioted by smashing cars and vandalizing factories out of anger over soaring food prices. Experts say there’s no reason this time should be any different.

But there are remedies – both short-term and long-term – that governments can use to feed people. Symington, of the World Food Programme, said governments should do all they can to help avert the growing risk of famine in the world’s most vulnerable regions. Barrett said automatic safety net arrangements should always be in place to ensure there are financial resources when someone becomes food insecure.

But no matter what governments do, life is going to get more expensive for all of us and much harder for billions of people. “Even if you’re well-fed and all of your relatives and neighbors are well-fed, it affects you,” Barrett said.