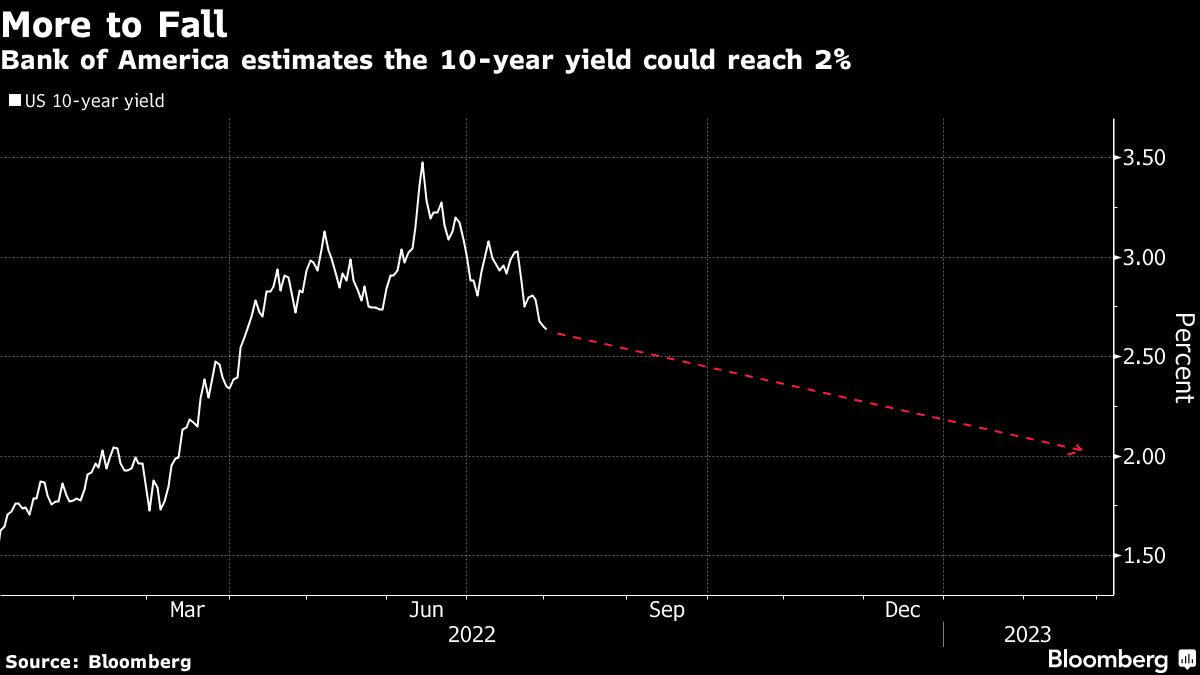 The Stoxx Europe 600 fell 0.7% as energy was one of the few industries to buck the trend after BP Plc raised its dividend and ramped up share buybacks at the fastest pace in this day after the rise in profits. An Asian stock index has slipped the most in three weeks, with some of the steepest falls in Hong Kong, China and Taiwan. Contracts on the S&P 500 and Nasdaq 100 were also in the red as July’s stock market rebound stumbled in August.

US House Speaker Nancy Pelosi is expected to land in Taiwan on Tuesday and would be the highest ranking US politician to visit in 25 years. China considers the island its territory and has promised an unspecified military response to any visits from Pelosi.

The visit may end up being another “short-term dislocation” for the markets, but “it’s always worrisome when they happen,” Ayako Yoshioka, senior portfolio consultant at Wealth Enhancement Group, told Bloomberg Radio.

A move into safe havens lifted the yen and Treasuries, sending the 10-year yield towards 2.5%.

Wide-ranging tensions in US-China relations are exacerbating geopolitical tensions that are already rocking markets due to Russia’s war in Ukraine.

“All eyes will be on the Chinese military to see how they will react if Pelosi does indeed travel to Taiwan,” Edward Moya, senior market analyst for the Americas at Oanda, wrote in a note.

Expectations of the Fed’s aggressiveness have receded on recession risk, so any change in those perceptions could fuel market volatility.

The prospect of slowing demand undermined oil, leaving it around $94 a barrel. Oilseed and grain futures fell after the first grain ship since the Russian invasion left Ukraine, heralding some relief for a tight global food market.

This week’s MLIV Pulse survey asks you about your outlook for corporate bonds, mergers and acquisitions and the health of US corporate balance sheets through the end of the year. It takes one minute to take the MLIV Pulse survey, so please click here to get involved anonymously.

What to watch this week:

Some of the major movements in the markets: