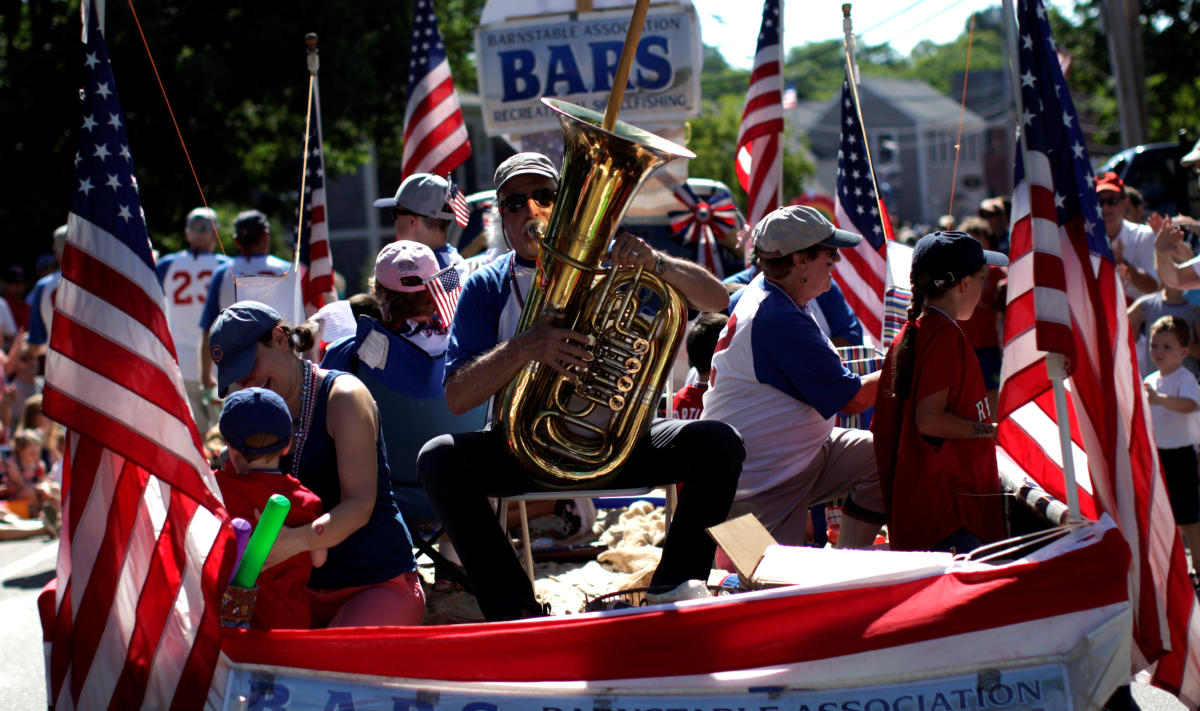 How does our GDP complex keep us from asking — happiness or growth?

All of the talk this week about whether or not the U.S. economy has fallen into recession was missing an important consideration: What if the GDP measure we all focus on was itself massively wrong?

This is a heretical question, as there is a “GDP complex” at work here.

There is a whole apparatus – economists, bankers, government officials and forecasters – of people whose livelihoods rely on the measurement of GDP, held up as the ultimate method of measuring the economic, and even societal, health of a country.

And, of course, GDP growth is never quite “right”. It’s too fast or too slow, and these parts are always ready to help make things right.

Leaving aside the shortcomings of experts in predicting or correcting, by focusing on GDP, this august group often misses things like sustainability and quality of life.

“[GDP] it’s a shortcut, it’s not comprehensive enough,” economist Mohamed El-Erian told me recently. “It’s a cognitive trap. We’ve all gotten used to measuring things by GDP, and we’re having a hard time getting by. The nature of GDP growth is also important. Is it included? It’s a useful measure, but it’s only a very small perspective on an economy.”

“What concerns us now has to do with the quality of production in our economy, the quality of the food we eat, the quality of the air we breathe,” says David Pilling, author of the 2018 book “The Growth Delusion”, which explored our societal obsession with economic growth. “The only way to increase the GDP of Beethoven’s Ninth Symphony is to play it twice as fast to get more.”

Before you accuse me of giving you crunchy granola, know that we are looking beyond GDP in some cases.

Example: The fastest way for a factory to grow is to keep costs as low as possible, which means dumping toxic waste into the nearby river. Of course, we’re not doing that today, but there’s so much more we could do.

However, questioning GDP raises an even more fundamental question: does an economy need to grow? This is a point that has been debated at least as far back as John Stuart Mill in the mid-19th century. More recently, Herman Daly, a former senior economist at the World Bank, has been a leading spokesperson for the “steady state” movement, which he addressed in a recent interview with The New York Times. .

There’s a ton of cool stuff in there from Daly, like, “Earth doesn’t expand. We’re not getting new materials and we’re not exporting stuff into space. So you have a Steady state earth, and if you don’t recognize that, well, there’s a problem with education.”

Of course, holistic socio-economic models have not been widely adopted, with a few notable exceptions.

In 1972, Bhutan abandoned GDP as a measure of economic progress and replaced it with… happiness. The Guardian reports: “[Bhutan] championed a new approach to development, which measures prosperity through formal principles of Gross National Happiness (GNH) and the spiritual, physical, social and environmental health of its citizens and natural environment. »

Much has been written about the Bhutanese experience (here and here) and there are gaps, but even its critics have to acknowledge its successes. New Zealand, for its part, now has a “Wellness Budget”.

Vox notes: “For Prime Minister Jacinda Ardern, the purpose of public spending is to ensure the health and life satisfaction of citizens, and that – not wealth or economic growth – is the measure by which progress in “a country should be measured. GDP alone, she said, ‘does not guarantee improvements in our standard of living’ nor does it ‘take into account who benefits and who is excluded’ “.

“The really important thing that New Zealand understands is that subjective wellbeing data can be used to unlock the political picture,” says John Helliwell, professor emeritus at the University of British Columbia.

Some American economists scoff at Bhutan and New Zealand (or is it Aotearoa?): “marginal economies”, that sort of thing. These same dismal scientists disparage Italy, Spain and France as well, which I believe have been budgeting – inadvertently to some extent – ​​in this direction for centuries. And as I pointed out, they are also decent places to live.

GDP is not a sacred or infallible measure.

On the first point, remember that until 1991 we used GNP (gross national product) to measure the economy. When it comes to fallibility, look at Ireland and its “economic Leprechaun” episode – a phrase coined by Paul Krugman after the country recorded 26.3% GDP growth in 2015, the result of massive tax shelters by multinational corporations, in particular, it seems, Apple.

But the “GDP complex” doesn’t have to resort to such extremes to win this game.

Fixing low or no-growth GDP through fiscal policy (cutting taxes) and monetary policy (cutting interest rates) disproportionately helps the shareholder class, which includes economists, bankers, officials governmental and tipsters mentioned above. These tools do not directly address life expectancy, infant mortality, substance abuse, murder and suicide rates. No country is more obsessed with GDP data than the United States, and yet our quality of life compared to other countries (see here and here) is a shocking embarrassment.

“GDP is weighted toward people with higher incomes. It’s their experience that dominates GDP,” says Richard Easterlin, professor emeritus of economics at USC. “In the case of happiness, it doesn’t matter whether you are a shareholder or a farmer. Each of you counts equally.”

Is it possible to have high GDP growth and a high quality of life in a society?

Some might say we used to do that in the United States – even though huge swaths of our population had few civil rights back in the “good old days”. Singapore maybe, but it also has limited civil liberties.

So, which would you prefer: strong GDP growth and a poor quality of life for a majority of citizens, or finding another measure that helps lift all ships?

I think I agree with the latter.